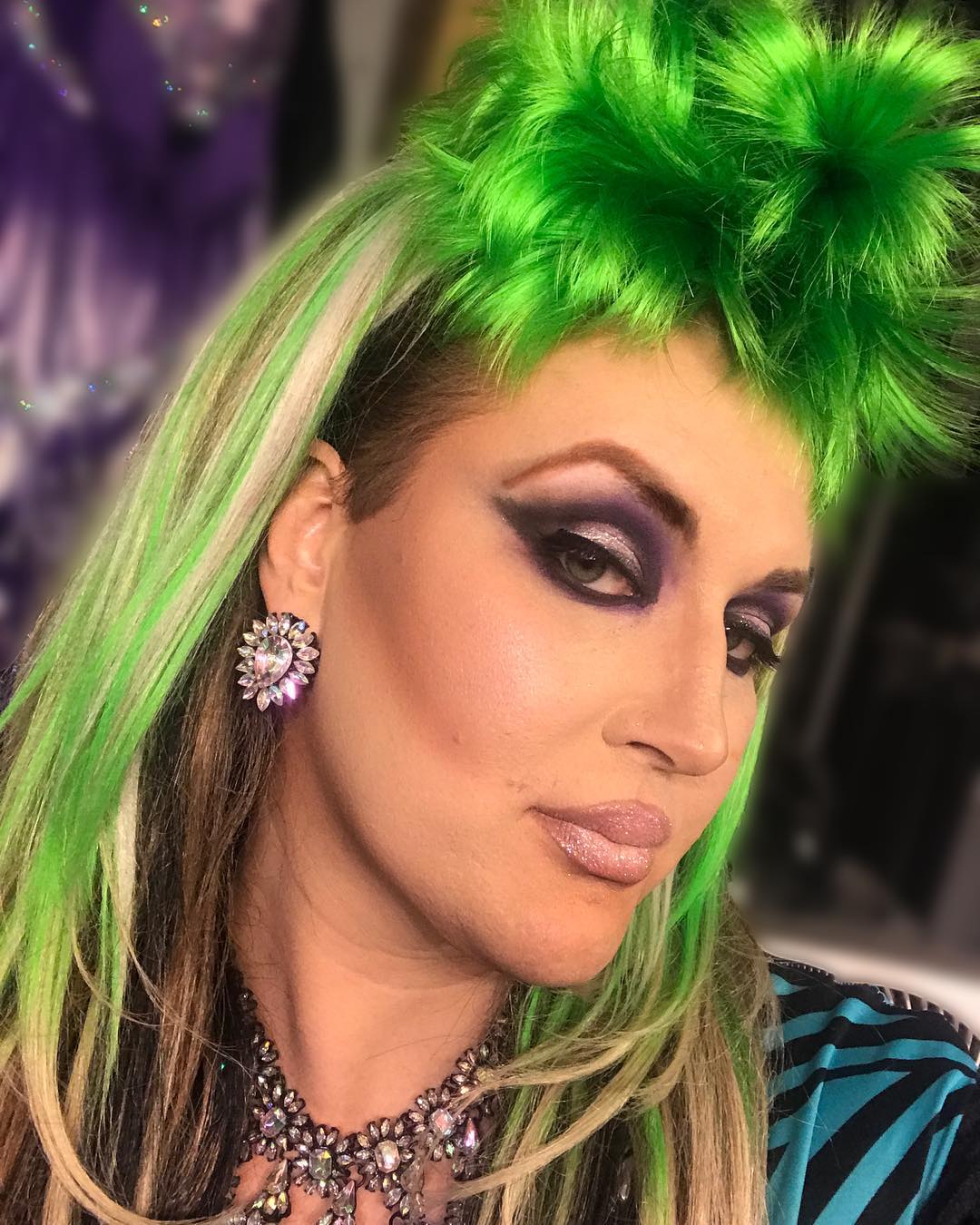 Anjelica Dust wants you to know that Drag is a culture that is accessible to everyone, and she hopes after Drag Brunch each of you takes a little piece of it home with you! Anjelica specializes in Character illusions, comedy, and costumes fit for a queen. With a “gift for gab” she reads books to kids at “Drag Queen Storytime”, hosts at the “Beer and Fear Bash at Castle McCullock” and does drag and hosts at her home Bar at Chemistry Nightclub. She keeps an audience engaged, “tickled to death” (yep she’s that southern y’all) and on their toes.

Anjelica has toured the U.S. up and down the East Coast from New York to Florida and worked in L.A. with some of the biggest names in the business. She recently made the front page of wovengreensboro.com, hosted Greensboro Pride, had a mini-documentary filmed about her life and is a co-founder North Carolina Magnolia Foundation a LGBT centered Nonprofit. 13 years later Anjelica still loved what she does, is a quick-witted as ever and believes that charity and doing for others is one of the greatest gifts that this life has to give.